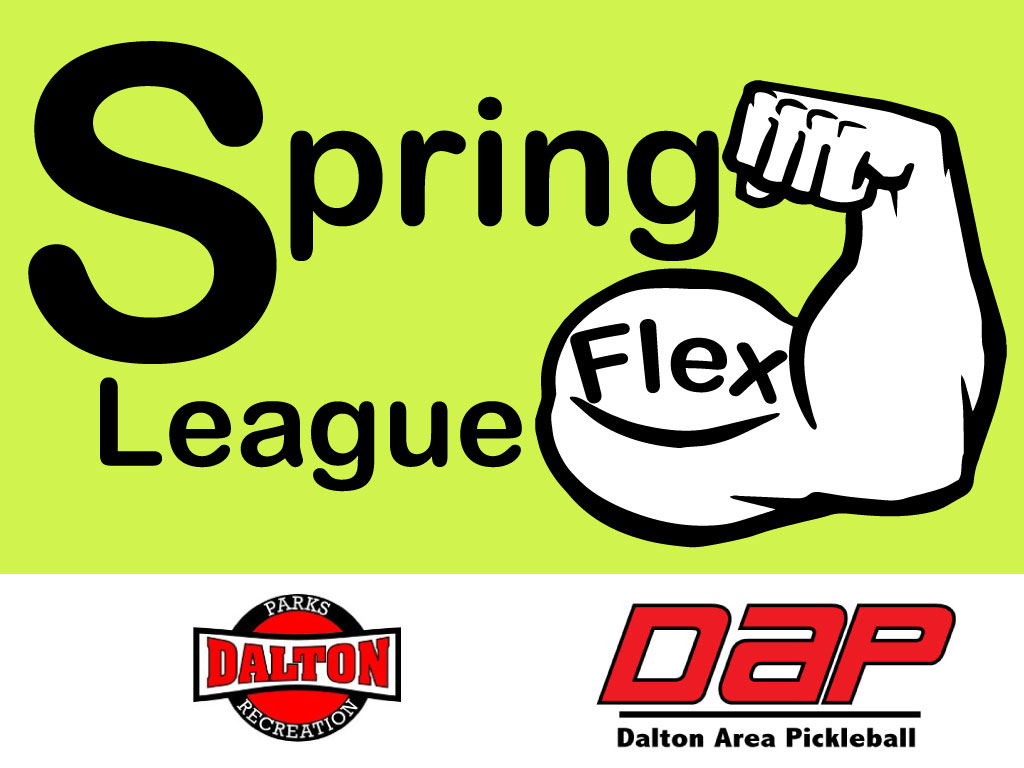 DPRD and Dalton Area Pickleball is proud to announce their first Pickleball League. Divisions are Men’s Doubles, Women’s Doubles, and Mixed Doubles with  2.5 – 3.5 and 3.5-4.5 skill ranges.

No more than 8 teams per League. League length determined by the number of teams. If fewer than 6 teams register, a round-robin format will be used.

The week will start on Sunday and matches must be played and scores reported by 10 pm Saturday. Exceptions can be made if both teams agree and you notify the tournament director.

The first week of play will be April 11th – 17th and continue for the next 7 weeks concluding May 30th.

Registration must be completed no later than April 10th. Registration will stop for each division when 8 2 person teams have been registered. After registration is full, players will be placed on a waitlist, and depending on the numbers other divisions might be added.

After completion of each match, please log in to the website and report your scores. If you need assistance contact, Joey Wills. Scores are important to have to settle ties as necessary.

How to Register Video

What is my level of play?

We encourage all players to select a level that offers good competitive match play.

The following is an abbreviated form of the rules to give a quick overview of how the game is played.

*At the beginning of each new game only one partner on the serving team has the opportunity to serve before faulting, after which the service passes to the receiving team.